skip to main | skip to sidebar

The Impermanence of All Things: Heike Monogatari Biwa Concert

On Thursday, the 3rd of February, Hiraoka Yoko performed in the theatre on the third floor of the Ida Noyes Building on the University of Chicago campus. The event was sponsored by the Center for East Asian Studies.

Hiraoka Yoko is known for koto, shamisen, and biwa. She studied under Iemoto Suga Kouka, and has been given the performance name Youka. Her teacher, Suga Kouka, is an inheritor of the Yamato-ryu Biwa-gaku style under Living National Treasure Yamazaki Kyokusui. Her training is strongly centered on the classical medieval collection of The Tale of Heike.

The Ida Noyes building is a lovely old building with interesting architecture. It reminded me of some of the buildings around Queen’s Campus or old churches. The buiding had character. The hall had a small stage, about 3 – 4 feet high, and murals on the walls. One side had large windows to look out onto the rest of the campus, or the glowing lights (as I was there when it was dark). The stage lacked a spotlight, and so was lit with a large table lamp, casting a warm glow over the biwa and seiza cushion. The back of the stage was blocked by a velvet ochre curtain. 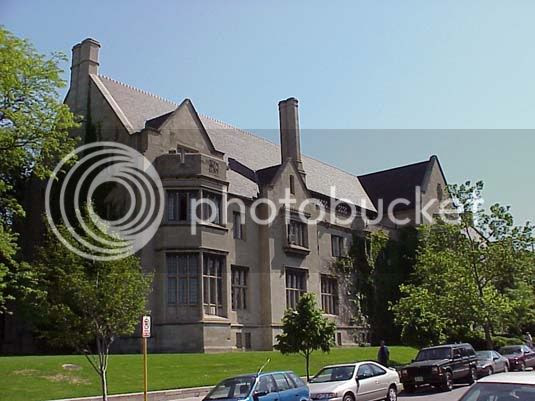 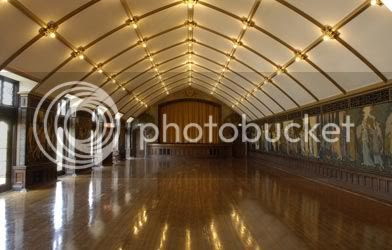 Hiraoka-san came out wearing modern red kimono that looked fuchsia in the warm light. The sleeves were long, perhaps 60cm, and the ends were black with white and gold specks. The sleeves also had butterfly motifs. It reminded me of an altered furisode, giving a mature but still youthful feeling. The picture I found is of the same outfit, but the dateeri color she wore for the concert was green, which was the same color as embroidered kiku (chrysanthemum) on her gold obi. It gave a slight nod to spring, but was appropriately formal and not overly so. Her hair was in a ponytail with a barrette and a black tulle bow kanzashi.

Hiraoka-san gave a lecture recital that lasted approximately 90 minutes. You can read more about it on her website. It was both informative and entertaining. It was my first time hearing biwa, and it reminded me of the shamisen in a way. I couldn’t tell if the biwa accentuated the singing and storytelling, or if the storytelling accented the biwa music. The Tale of Heike was originally shared through biwahoshi (storytelling with biwa music). Her renditions were accentuated by slides showing reference images and pictures of shoji screens.

The parts of The Tale of Heike that she performed included Gion Shoja, which opens with the classic lines, “The sound of the bells at the Gion temple echoes the impermanence of all things”. She also performed Nasu no Yoichi, the tale of the archer knocking a fan off the enemy’s boat in a tossing sea, and The Tragedy at Dan-no-Ura, about the drowning of the young Emperor. 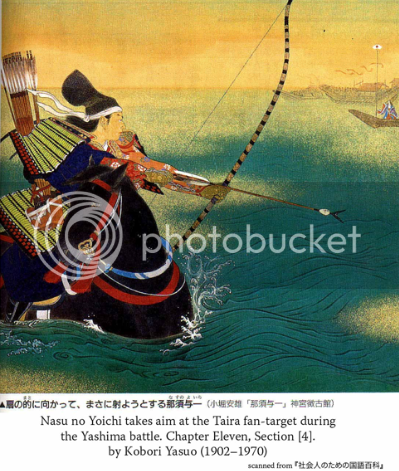 I attended with my friend, Sugano-san, who is a koto instructor in Chicago. She was telling me about having dinner with Hiraoka-san the night before, and how enjoyable it was to catch up. It makes me wish my Japanese was better, as she has some amazing connections!

Unfortunately, we could not take pictures in the hall, and my camera is terrible in low-light, so I found the photos online to illustrate this post. The outfit in the picture is the same as she wore to the concert at Ida Noyes Hall. You can see more pictures of her and learn more about Hiraoka-san, biwa, koto, and shamisen music, at her website. Her 2010 performance calendar is available. It seems she’ll be visiting Colorado, Pennsylvania, Kansas, and Florida in the future.

Here is an article in the Chicago Weekly about the concert.
Posted by Erica at 11:05 PM